Are we equipping our maritime first responders for success? It was the waning days of the 86th Texas Legislative session and Speaker Dennis Bonnen had two of his constituents Sherry and Jason Sheffield in his officer who are the founders of Rory the warrior. You see, on August 19, 2016 while on vacation, the Sheffield’s youngest of four children, Rory, drowned when he slipped away and entered some water alone. Sherry and Jason could have done nothing after his death yet Rory was too special and God had bigger plans for him and for the Sheffield’s. In the months and years that have passed the Sheffield’s have made it part of their life’s work to raise awareness of the importance of emergency oxygen and its accessibility to first responders, especially those working around the water. Well that meeting ultimately led to the line item funding of $250,000 dollars for 500 drowning resuscitation kits to be distributed to all Game Wardens and state park police officers around the state of Texas. During this session we will discuss the acquisition, distribution and training on the Oxygen Kits now carried by every Game Warden in the State and how you might be able to consider equipping your own officers with this lifesaving resource. 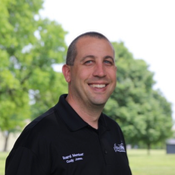 Commander Game Warden Cody Jones is the State of Texas Boating Law Administrator (BLA) and is an innovative and proactive member of the Law Enforcement Leadership Team of the Texas Parks and Wildlife Department. During his tenure as BLA, Cody has served on a number of national committees and boards to include the NASBLA Executive Board (Chair in 2020), the National Boating Safety Advisory Council (2018 to Present), the U.S. National Water Safety Action Plan, the NASBLA Engineering Reporting and Analysis Committee and Preparedness and Response Committee among many others. Commander Jones’ tenure at TPWD Headquarters has led to some of the most dramatic sweeping changes and some of the strongest relationships with the agency’s partners and constituents alike. Commander Jones brings a very progressive mindset to implement best practices and new technologies when forwarding the mission and objectives of his agency.

Locked
Video
Oxygen Resuscitation video You must register to access.